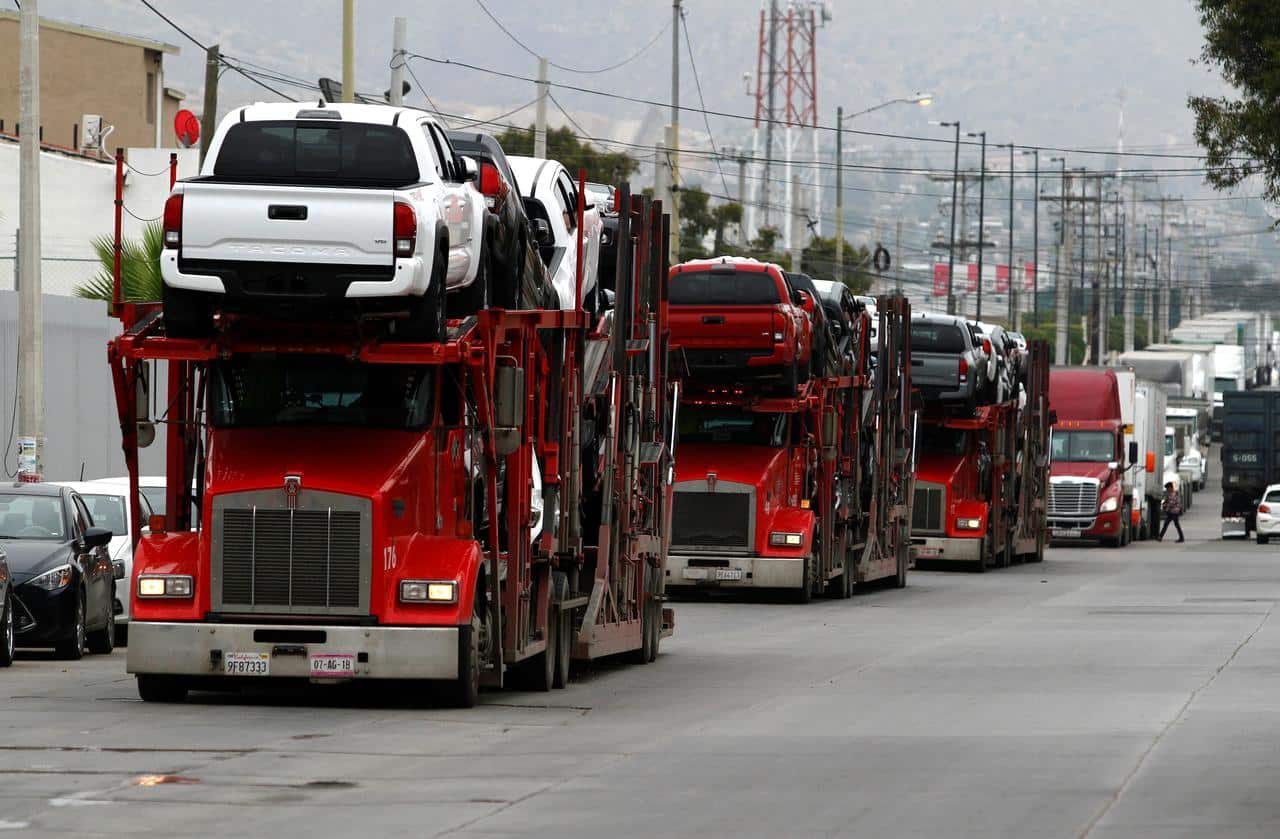 The pick ups are turning out to be the almost exclusive export output of the automotive industry in these first weeks of production that followed the quarantine. Between the last days of May and the middle of last week, the six active automakers had exported around 10,000 units, of which 8,500 were medium-sized trucks that produced four brands: Toyota, Ford, Volkswagen and Nissan.

A fifth brand, Mercedes Benz, also destined most of the Sprinter utility, which it produces in La Matanza, to the foreign market. Two of the car manufacturers also began to export: Fiat completed its first post-quarantine shipment of its Cronos model in Brazil and also shipped some units to Peru. And the French Peugeot Citroën began to export some units to Brazil, both cars and utility vehicles.

Héctor Huergo brings the highlights of agribusiness and regional economies.
Last year 224,000 units were exported, just under 20,000 per month, with all factories working without any other restriction than the drop in demand, which was already very strong: on average, in 2019, plants worked at a third of its installed capacity. With the quarantine, at the end of March, almost two months passed without any kind of activity.

The first factories that resumed their activity were able to do so only in mid-May. One was Toyota, which before the pandemic produced the Hilux pick-up and its SUV version, the SW4, at its Zárate plant, two shifts. Now it does it to a single shift and its personnel rotates every fortnight. But even at half a machine, the Japanese automaker led exports with half of all the volume shipped in these first weeks. “Since production restarted in May, more than 5,200 trucks have been exported to the main markets in Latin America,” company spokesmen said.

Ford and Volkswagen followed, both with a factory in General Pacheco and each with its pick-up model. “Since we resumed, until Monday, we export 1,577 Rangers to Brazil mainly, although we also send a significant number of units to Chile and some more to Uruguay, Paraguay and Bolivia,” Ford spokespeople detailed.

At Volkswagen, between the last days of May and this month, some 1,500 Amarok pick-ups were exported, with both right-hand and left-hand drive: “The destinations were Brazil, Mexico, Australia, New Zealand and South Africa, among others”, noted in the company.

In Mercedes Benz they did not have the number of units exported, but their managers assured that almost all the production of the Sprinter utility that leaves the Virrey del Pino plant, in La Matanza, is destined for the Brazilian market. Last year, Mercedes exported 15,000 Sprinter to the neighboring country.

Fiat resumed production of the Cronos, a car in the so-called B segment, with the focus on commitments that had been pending with subscribers of previous savings plans. But after a few weeks, they also resumed export. “In the little work that took place in June, 250 units left for Brazil, even today (yesterday) another 10 units left for Peru,” they said at the Ferreyra (Córdoba) plant.

PSA Peugeot Citroën is also manufacturing new vehicles, both utility vehicles (Partner and Berlingo) and cars (Citroën C4 and Peugeot 308 and 408). “We are exporting utility vehicles and cars, for now only to Brazil,” they said from the El Palomar headquarters.

The fourth local pickup producer is Nissan, which announced its first export after quarantine on Monday: 300 Frontier units, which were shipped on a ship bound for Rio de Janeiro. “This shows us again the course towards stabilizing the business,” said its owner, Gonzalo Ibarzábal.

This week another automaker, General Motors, resumes its production, which manufactures the Chevrolet Cruze in Rosario, a car that since its inception was launched to compete in both Argentina and Brazil. And Renault presented (or rather, one of its managers did on social media) the first “pre-series” of its Alaskan pickup, which has already announced that it will start producing by the end of the year, with Brazil also as the main destination.