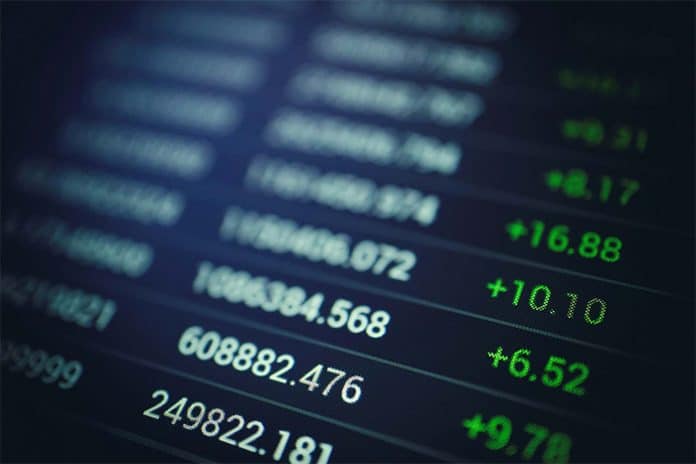 ‎On December 21, the American stock indexes finished trading in different directions. The S&P 500 Index dropped 0.39% to 3695 points, the NASDAQ lost 0.10% and the Dow Jones added 0.12%. The drop at the beginning of the session turned out to be short-lived, while optimism regarding fiscal stimulus prevailed. The Dow Jones’ positive result can be explained in part by a relatively higher share of the financial sector, which became the leader of growth with a result of 1.24% amid the permission given to banks to resume share buyback programs.

According to media reports, Apple (AAPL: + 1.2%) is working on various options to enter the electric vehicle market by 2024.

Today, world stock exchanges are showing mostly positive dynamics. Yesterday’s negative caused by the global epidemiological situation was leveled by the achievement of a long-awaited compromise between the legislators. Legislators voted to pass a $ 900 billion bailout package for the American economy. Once signed by Donald Trump, it will enter into force. Already next week, the Americans will be sent checks in the amount of $ 600 per family member. It is also important to note additional payments to unemployment benefits in the amount of $ 300 per week and $ 325 billion in business assistance. Capital Economics estimates that the measures taken will accelerate GDP growth by about 0.5% in 2021.

The situation in the UK, where more and more regions are imposing strict quarantines, is of concern. All schools are also expected to close, as children may carry a new, more contagious strain of coronavirus. Given the continued grave disease situation in the United States, weak social distancing during the holidays and already actually approved support measures, the authorities may resort to tightening local quarantine measures, which the mayor of New York has already spoken about.

CB’s US Consumer Confidence Index for December will be released this Tuesday. The index is expected to rise from 96.1 to 97.0, which will signal a moderate increase in consumer optimism. The vaccination factor, as well as the fiscal support measures approved the day before, will be reflected only in the next releases of the indicator, so today’s publication will have a limited impact on investor sentiment.

‎‎Aurora Mobile Ltd (JG)‎‎ share price is at $4.44, increased 39.18% in today’s premarket ‎trading session following the declaration from the company that it has entered into a partnership agreement with a global leading new energy vehicle manufacturer to deliver an enhanced intelligent driving experience.‎‎

‎‎MDC Partners Inc (MDCA)‎‎ is up 21.07% at $2.70 today, in premarket trading session after the company and Stagwell Media LP revealed that they have entered into a definitive transaction agreement to combine their respective businesses.‎‎‎

Vista Outdoor Inc (NYSE: VSTO) has won the favor of Cowen’s equity research ‎team. The firm upgraded the shares from Market Perform to Outperform and ‎moved their price target to $33.

Mercadolibre Inc (NASDAQ: MELI) received an upgrade from analysts at ‎Santander, who also set their one-year price target on the stock to $1,980. They changed their rating on ‎MELI to Buy from Hold in a recently issued research note.

Citi analysts reduced their investment ratings, saying in research reports covered by the ‎media that its rating for HMS Holdings Corp (NASDAQ: HMSY) has been changed to ‎‎Neutral from Buy with a price target of $3‎

Top US earnings releases scheduled for today include Triterras Inc. (NASDAQ:TRIT). It will announce its Nov 2020 financial results. The company is expected to report earnings of $0.08 per share from revenues of $16.3M in the three-month period.

Analysts expect CarMax Inc. (NYSE:KMX) to report a net income (adjusted) of $1.14 per share, when the bank releases its quarterly results shortly. Revenue for the fiscal quarter ended Nov 2020 is predicted to come in at $5B.

cbdMD Inc. (YCBD), due to announce earnings after the market closes today, is expected to report earnings of -$0.01 per share from revenues of $11.2M recently concluded three-month period.