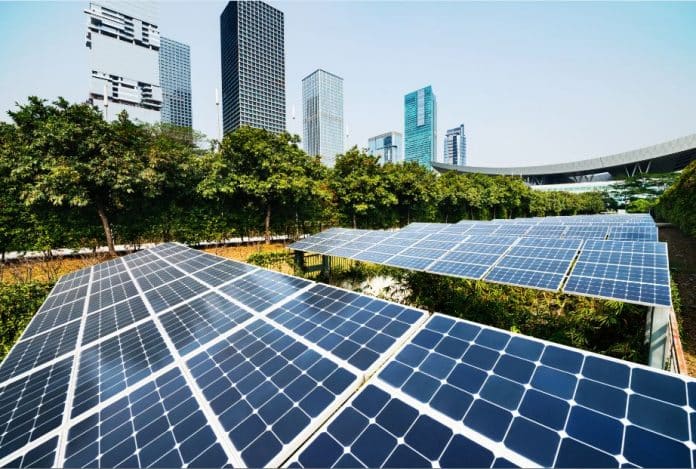 After years of being neglected in the market, solar stocks are finally picking up as the environment has become a major concern. The solar industry uses the energy generated by the sun and converts in into electric power. The sector consists of many companies which are focused on installing panels, manufacturing components, and operating solar energy generating facilities. These companies are focused on helping the world turn away from fossil fuels as an energy source and come towards renewable energy sources. Some of the solar stocks worth having a look at are:

Do You Own These 7 Inflation-Survival Stocks?

Inflation is still near 40-year highs and rising prices are putting a big dent in our wallets. Unless you find out how to protect your portfolio and outpace inflation, you'll keep being at the mercy of economic factors out of your control. Especially since the price of electricity, food, and shelter are creeping up higher than ever. In this special report, I detail 7 stocks to help you survive and thrive in today's market. They're backed by solid companies, positioned to profit during tough economic times, and offer out-sized dividends to help you outpace inflation.

Click here to get your free copy of the report

SunPower (SPWR) has been such a hot stock that it sold for nearly $17 in October this year with a market capitalization of $2.9 billion. The way SunPower functions is that it moves its panels through complicated solar leases which then finance the panels and allows homeowners to buy electricity. It is expected that SPWR will bring in a revenue of $1.9 billion this year. While it was an underperforming stock in the beginning, now it is an important competitor in the solar stocks market and is even reselling Chinese solar panels these days.

SunPower’s Chinese partner, Tianjin Zhonghuan Semiconductor, invested around $300 million into Maxeon which then signed an exclusive deal with SunPower on panels which is a boost to SunPower’s shareholder value. SunPower’s dominant shareholder has been Total, a French oil company, since 2011. Total initially invested $23.25 per share into SunPower which it raised and bought 676,000 for the price of $31 million.

First Solar (FSLR) is leading company in developing solar energy which also designs and constructs its own solar power systems and also gives maintenance services. It has been producing thin film solar panels with the use of cadmium telluride since the early 2000s. In 2008, FSLR’s stocks shares rose over $300. Although it got pushed back by China’s rising competition and the growing oil supplies, shares are up to $80 once again. And since Biden is the new President of the US, these shares will go up further as Biden is a promoter of solar energy. In the second quarter, year over year sales went up by 10 per cent and in June there was $1.6 billion cash.

While the cut in capital spending has impacted First Solar, it is still winning new contracts, such as in Europe where such initiatives are all the rage these days. First Solar is also an expert at recycling and recycles 90 per cent of its material from older panels in order to have a sustainable supply chain. Its thin film panels are also perfect for utility scale solar energy projects because of their large size which helps reduce the cost per watt. It also has more cash on its balance sheet than it has debt which gives it financial flexibility many others in the industry lack.

NextEra Energy (NEE)’s renewable energy model serves Florida in the most unique way. It has a subsidiary with the name of NextEra Energy Resources which purchases power from wind and solar farms in order to sell it and Florida Power & Light is one of its customers. NEE became so profitable that last year it was able to acquire Gulf Power from Southern Company and is in the process of inquiring about Duke Energy. It lately overtook Exxon Mobil in the market cap as soon as it released a 4-for-1 stock split.

NextEra Energy Partners is also one of the reasons why NextEra’s stocks are on the rise and it now possesses a market cap of $4.2 billion. Its CEO, Jim Robo, views nuclear energy and natural gas a stepping stone to solar energy and NextEra owns five nuclear plants. NextEra Energy is also priced at 43 times trailing earnings which strengthens its business model. It is also set to speedily increase its high yielding dividend for the coming years and has a projection of 12 per cent to 15 per cent annual payout growth by 2024.