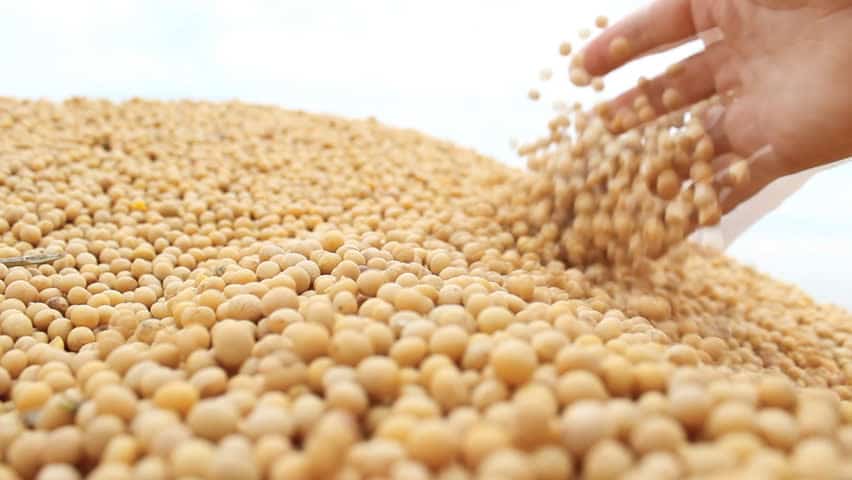 The agricultural sector has gained more prominence in the context of the pandemic, but when the analysis of this production chain is deepened, yellow lights appear, particularly in the complex of soy products, an item that has led Argentine exports for two decades and is a unavoidable support of the economy.

Between March and June of this year, shipments of beans rose 50% and those of flour fell 10%, compared to the same period in 2019. In this context, the industrial milling of the oilseed fell 15.3%, compared to same month last year and 9.7% in relation to May this year, as reflected by the Ministry of Agriculture of the Nation and the Rosario Stock Exchange (BCR).

Héctor Huergo brings the highlights of agribusiness and regional economies.
“Less ability to pay, the shaking of the energy market and the record oil stock hit the leading Argentine foreign trade industry,” warned Emilce Terré and Javier Treboux, from the Rosario Institute of Economic Studies.

In addition to the factors of the conjuncture, which have been affecting to a greater or lesser extent all the economic sectors worldwide, the local crushing industry has had to face particular problems: the movements in the prices of soybeans have moved to above and those of the by-products of the item (flours and oils) have fallen.

This happens because China has a predilection for soybeans and pays well. So the exporters that sell without processing offer a better price to Argentine producers and capture more merchandise than the factories.

At this point, it is worth noting that until 2018 soybean by-products had a 3% less differential in withholding rates, as a stimulus to the addition of industrial value. Since the Mauricio Macri government eliminated it, the soy processors have accused the coup. Several analysts believe that it was the first token of a domino effect even for the Vicentin Group, which even declared bankruptcy was the leader in the ranking of milling volumes.

More beans, less flour
All in all, in the annual comparison of March-June, bean exports registered 2.8 versus 4.1 million tons, between those months of 2019 and the same period this year. Meanwhile, soybean meal fell from 10.8 to 9.7 million tons.

In this sense, Terré highlighted that the variation is in relative terms, not in absolute values. “The most likely,” she explained, “is that throughout the campaign, more by-products than beans are exported. We do not project that the volume of exported grains will be greater than flour and oils at the end of the year, but the photo of the situation of the last four months indicates that, in relation to the same period last year, the raw quantities increase and the processed ones go down ”.

By the end of 2020, the industry is expected to continue capturing more soybeans from producers, in absolute values, Terré estimates. And he explains: “This has to do with several issues, among others that the unprocessed Argentine bean has lost enough protein in the last years. The protein content is lower compared to other countries, which makes it less attractive to raw grain. “It is more competitive if it is industrialized, and High Pro flour is produced, which is destined for forage consumption, to feed cattle herds.”

“Chinese prices” set the pace
The significant rise that exports of unprocessed soybeans have had in this campaign in relation to the previous one is the product, according to BCR specialists, of “a movement in relative prices that negatively affects the margins of the industry. From At the beginning of April, at which time the soybean harvest begins to become widespread in the Argentine Nucleus Zone, companies that have milling plants are losing out against those that sell raw beans abroad. “

Why Did The Novan (NOVN) Stock Rise Nearly 18% On Friday?